Our character education program is designed to help all learners develop the skills necessary for success in today's world. 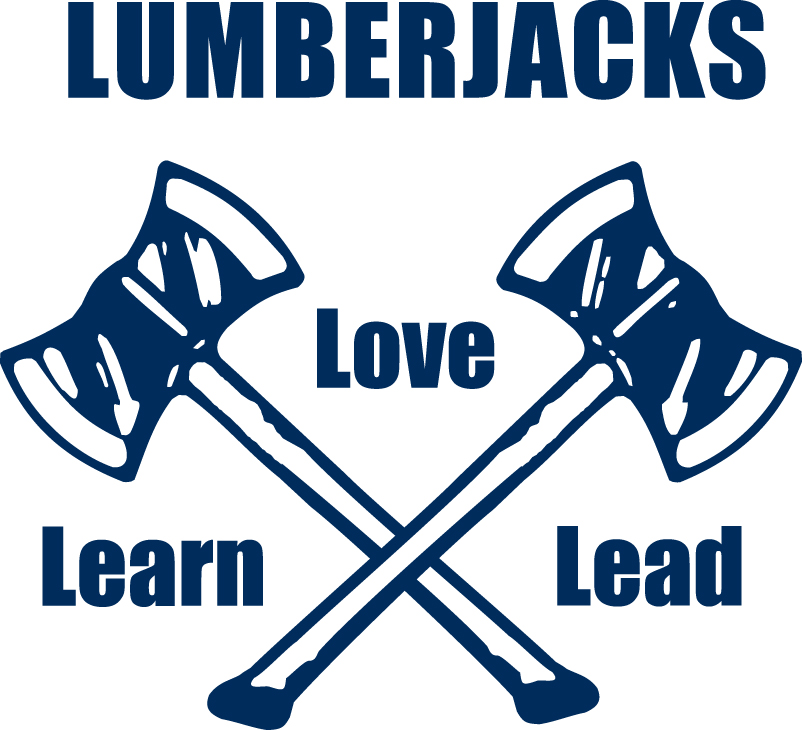 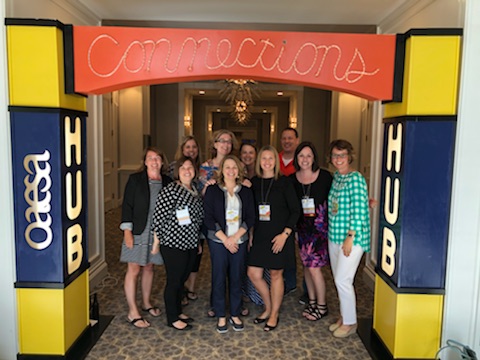 Our elementary character education program is getting a new name!

We have been teaching the same great lessons at Harman School and E.D. Smith Elementary for years. However, we have referred to the program as Harmanize at Harman and Grit at Smith. This has caused some confusion and this year the Character Education Leadership Team decided to find a name that encompasses what it means to be a Lumberjack in one unique program title.

What is the new name? Well, we like to make learning FUN so we are doing a Big Reveal! A letter a day will be released on Thursday, August 23 through Thursday, August 30 on the morning announcements. The letters will NOT be released in order and students will have an opportunity to make as many words as possible with the letters they collect.

The new title will be revealed on Friday, August 31 during the first character education lesson. Stay tuned for the final answer!

Grit is perseverance and passion for long-term goals.

As an educator, you may be hearing a lot about grit these days—and with good reason. Studies show that kids who demonstrate grit persist at hard tasks and outperform their competitors. Grit is a critical strength of most people who are successful. It is especially complex because it is related to other skills and mindsets such as optimism, purpose, growth mindset, bravery, and even self-control.

There are a lot of misconceptions about grit. Grit is much more than just encouraging kids to “try harder” or not give up—it’s also about helping kids find their passion. Having grit does not mean never quitting—it means quitting responsibly (and not just because times get tough) and sticking to the things to which you are truly dedicated.

Having a growth mindset means understanding that intelligence can be developed.

A growth mindset is a belief that we can get smarter through hard work and practice. This means that struggling with something difficult doesn’t mean you’re not smart—it’s a chance to grow your intelligence. Growth mindset is all about trying hard, using good strategies, and getting the help you need.

Growth mindset is a popular notion in the field of education right now, but it’s commonly misunderstood. It might seem like growth mindset implies that everyone has exactly the same potential in every domain, but that’s not quite true. Instead, growth mindset means everyone’s intellectual ability can always be further developed. Growth mindset is not about telling your students to never give up. A benefit of growth mindset is that it helps you stay motivated to stick it out when things are difficult, but telling students not to quit won't do that alone. You have to (truthfully!) convince kids that their efforts will result in increased ability (because ability can grow!) and remind them that they're learning when something is hard for them to do.

During the 2017 - 2018 school year, we focused on kindness and empathy. These character traits fall under the social/emotional intelligence domain.

Social/Emotional intelligence is understanding feelings and using them to inform actions.

Social/Emotional intelligence refers to the ability to understand your own and others’ feelings and emotions and then to use this understanding to inform your decisions and actions. Socially/emotionally intelligent people solve interpersonal problems quickly by understanding what is upsetting others and being empathetic to these concerns. They tend to recognize when they've said something that made someone uncomfortable and know what makes others "tick.” Socially/emotionally intelligent people are able to thrive in many different relationships and settings because they quickly learn the social rules.

Having a purpose means being driven by something larger than yourself.

Having a purpose is different from being tracked into a specific vocation or outcome— it's being oriented toward a vision of the future. Perhaps it’s a big goal you have for your future, a motivation to help the world around you, or both. The goal or purpose itself can be general, and it can be relatively temporary. When kids are motivated by a larger purpose, studies show that they have more academic motivation, life satisfaction, identity formation, and vocational success.

Curiosity is a strong desire to learn or know something—a search for information for its own sake.

It’s also about leaving your mind open to possibilities and being honest about what you do and don’t know. Curiosity is about exploration—there’s a reason that one of NASA’s Mars rovers is named for this strength. Curiosity is an important aspect of learning because it is a source of motivation.

Most kids are naturally curious. In schools, we can create environments where curiosity is cultivated, supported, and encouraged. Curiosity arises when kids believe there is new information to acquire and that it will be feasible to learn that information.

Zest—also referred to as vitality—is an approach to life that is filled with excitement and energy.

When people hear the word “zest,” they may first think of lemons. In psychology, zest and vitality are a combination of the physical sense and the psychological sense of feeling well. Zest is about exhibiting enthusiasm and feeling energized. But zest doesn’t need to be loud—the quiet, introverted artist can approach her latest project with zest, even if she is alone in her studio.

Most kids have enthusiasm for something. In school, we can work to find what that something is and be sure not to extinguish it as kids get older.

Optimism is being hopeful about future outcomes combined with the agency to shape that future.

Being optimistic doesn't mean you don't get upset when bad things happen—it's normal to get upset! But the optimist recognizes that most bad things are temporary and looks for opportunities to change circumstances for the better through new efforts or strategies.

This isn’t your traditional “glass half full” optimism (which some might call blind positivity) because optimistic people seek to directly connect their own power and actions to the future they want. For example, after getting a bad grade on an exam, an optimistic student believes that studying harder or differently will earn her a better grade on the next one. Another critical part of optimism is not “catastrophizing” a situation. For example, when a friend doesn't want to play that day, the optimistic kid imagines that his friend is having a bad day, not that no one wants to be his friend.

Self-control is controlling one's own responses so they align with short- and long-term goals.

Self-control is about harnessing your energy toward a particular end goal—it is not the same as obedience or following rules.

Someone displaying self-control can delay a short-term temptation to play games on her phone if it interferes with her long-term aspiration to do her homework each night. Someone with high self-control who aims to run a marathon will not press the alarm clock’s snooze button on the morning he scheduled a training run. In this way, self-control is linked to grit, growth mindset, and optimism.

Gratitude is the appreciation for the benefits we receive from others, and the desire to reciprocate.

Those who demonstrate gratitude—and those who don’t—see life differently. Individuals demonstrating gratitude tend to emphasize language related to gifts, givers, blessings, blessed, fortune, fortunate, and abundance. Individuals who don’t demonstrate gratitude, on the other hand, tend to focus on deprivation, deservingness, regrets, lack, need, scarcity, and loss. For instance, a grateful person might say, “I get to go to class today,” whereas an ungrateful person might say, “Why do I have to learn all this useless stuff?”

This year during our Character Education lessons we will be completing an author book study utilizing books written by Peter Reynolds. To learn more about Peter Reynold's work visit his website.

Our elementary character education program is the same program at Harman and Smith.

Each session is designed by a team of Oakwood teachers to meet the specific needs of our students.

Dr. Angela Duckworths' Character Lab has provided the basis for many ideas presented in our lessons. The team of teachers pull additional resources from a variety of sources to meet our students' needs.

The lessons are coordinated by the district Character Education Leadership Team:

Each member oversees a session and works with a team of staff members to produce each lesson.

Groups are made up of around 15 students and include students from all grade levels (1st-6th). Students are assigned to a group during their 1st grade year, and they remain in that group the entire time they are in elementary school.

The goal of creating multi-age groups is to create community across the grade levels and provide leadership opportunities for our 5th and 6th graders.